Survey Nightmares: How Is There An Easement Through The Middle Of My House? 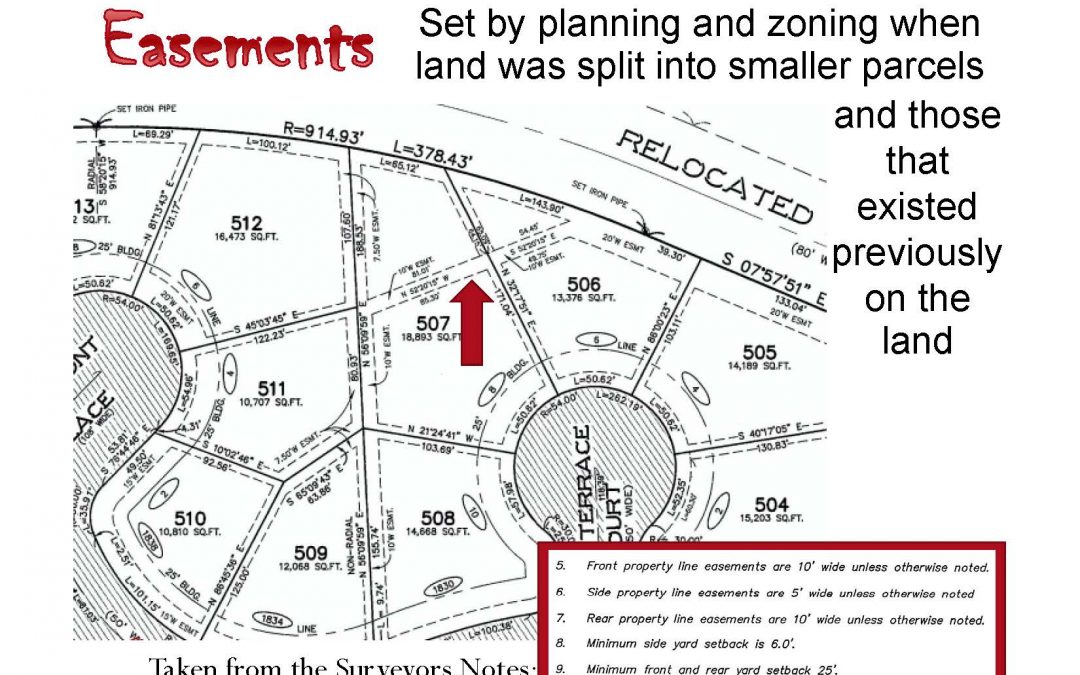 From the street – this looks like your typical house on a cul-de-sac lot. But upon further investigation we find that such is not the case at all, and that there is actually an EASEMENT RUNNING THOUGHT THE MIDDLE OF THE HOUSE!!! How in the world does this happen? Here are a few possible scenarios:

Unfortunately, this is more common than you’d think. I would estimate that we see some type of issue regarding easements on properties in 10% of the surveys that we perform. Those issues can vary from something as minor as the utility being located slightly outside of the designated area, to things as major as this example. The drawings that are provided as a part of having a survey performed will show you where easements exist on your property.